Kite festival is considered one of the biggest festivals in India and Mahindra is also ready to fly its much awaited kite on January 15. Yeah! We so much are talking about its new sub-four meter SUV named as KUV 100 which is surrounded in news from the months and now finally disguised in images without any covers and mystery. 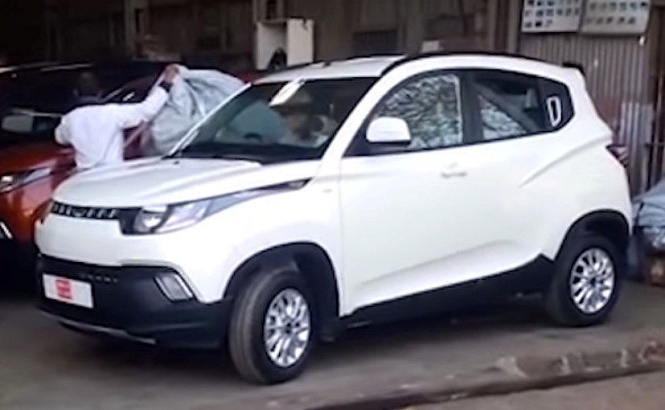 Most of the details have already been covered in our earlier updates by its KUV 100 Images (Kool Utility Vehicle) which will be powered by Mahindra’s new mFalcon engine family that is first introduced with this model. With 1.2-litre 3-cylinder petrol engine (mFalcon G80) it generates 82 bhp of power and 114 Nm of torque, while the other 1.2-litre (mFalcon D75) three-cylinder diesel motor is good for 77 bhp of power and 190 Nm of torque. Both the motors are mated with five-speed manual transmission and an AMT option launch could happen soon with both petrol and diesel.

Mahindra KUV 100 Images has already unveiled its variants name in alphanumeric method namely K2, K4, K6 and K8 with some basic details in its last teaser. While the first three are base model of KUV 100 and K8 will be the top-end variant. Also, all of three models labeled with “+” sign that indicates the additional loaded safety features and equipment and as like all other top-end variant K8 is also attached with premium features and apparatus present in the list of KUV 100. 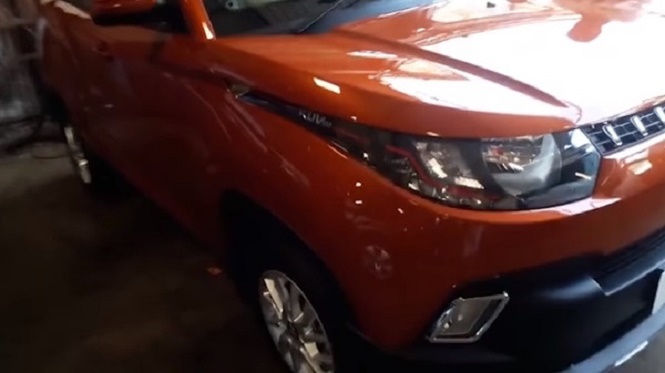 Some standard element such as headlamps with daylight running lights, side indicators, large bumpers with LED fog lamps, air dam with honeycomb mesh grille pattern, ABS, 2 airbags and a silver skid plate, while the 13-inch six-spoke alloy wheels and flared wheels arches, a spoiler and rear bumpers added to high-end trim. Inside the cabin, all trims offered with better upholstery and advanced infotainment system and K8 is covered with some more advanced dashboard options.

Anyway, a long waiting period comes to an end and new sibling is going to launch officially day after tomorrow to take on others small SUV cars Hyundai Grand i10, Ford Figo, etc.